The Age of Disintegration 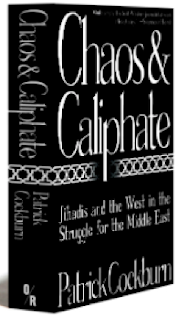 
Patrick Cockburn is a Middle East correspondent for the Independent of London and the author of five books on the Middle East, the latest of which is Chaos and Caliphate: Jihadis and the West in the Struggle for the Middle East (OR Books).

Posted by Chuck Spinney at 1:50 PM