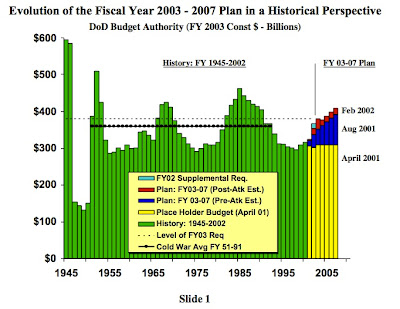 Are Republicans or Democrats Good for the Economy - 1st Cut

Question for Tea Partiers: Prior to 2008, Who Created the Most Government Debt?
Fallows posting can be found here:
http://www.theatlantic.com/politics/archive/2010/11/where-did-our-debt-come-from/66530/
Obama inherited a federal deficit that was spinning out of control (mostly because of decreased tax take and increased expenditures for automatic stabilizers, e.g. unemployment insurance), and pressure is growing to cut Social Security (perhaps the most efficiently run program in government) while placing Defense (one of the most inefficiently run programs) off limits.  These political  pressures are not new and in fact have been building up for years.  So, as a first cut into a complex issue, perhaps it is time for the angry masses to ask which political party put them into the fiscal straight jacket that is setting them up for this horrible choice?
A. Democrats?
B. Moderate Republicans?
C. Right Wing Republicans?
Hint: 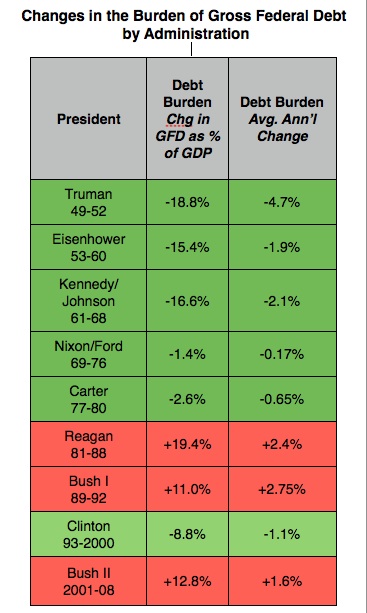 Posted by Chuck Spinney at 9:45 AM