The AF intends to prematurely retire the most effective close air support plane in the world — the A-10 Warthog, known affectionately to its supporters as “The Hog.”  Its effectiveness in real war is unquestioned by those in the best position to know the truth: the grunts on the ground who need help in deadly firefights.  Over the years, I have talked to many soldiers and marines with combat experience in Iraq and Afghanistan, and all who have seen the Hog in action attest enthusiastically to this unique effectiveness.  Even the AF commander in the First Iraq War, General Charles Horner, said publicly at its conclusion, “the A-10 saved my ass.”  The Hog’s effectiveness in real war is not some arcane point in the printout of a theoretical computerized effectiveness model — it is a fact. 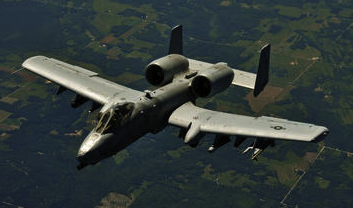 Yet in the middle of another war, with lives again at stake, the Air Force is literally telling Congress and the American people to believe that a bird in the hand (the A-10) is worth much less than a bird in the bush (the F-35) — i.e., the AF is making the outrageous claim that spending hundreds of millions to keep the combat-proven effectiveness of the A-10 in the fleet is less important than spending tens of billions for the unproven, hypothetical effectiveness of the over-cost, behind-schedule, underperforming, problem-plagued F-35, which if its schedule does not slip again, will not have an initial operational capability before 2019.

If Congress goes along with the AF plan to kill the Hog, it would explicitly affirm the sick set of priorities that are the central corruption in the Military-Industrial-Complex (MICC): namely that the MICC is a domestic political-economic faction willing do anything to shovel money to itself, while hypocritically wrapping itself in the flag of sacrifice and patriotism of others.  By making the 'Hog kill' the law of the land, Congress would affirm that the MICC's corrupt value system is more important than the welfare of the troops Congress claims to support and the taxpayers it claims to protect.

More important is the symbolism of the kill: It would affirm in the clearest way how the MICC has become the nightmare version of the kind of faction James Madison warned about in Federalist #10.  It is a nightmare, because it is out of control, in ways even worse than President Eisenhower suggested in his farewell address.  The MICC preys on the cracks and fissures in Madison's sacred system of checks and balances, in a way that Madison could not have possibly imagined, as I explained in my 1990 pamphlet, Defense Power Games.  That is why the A-10 has become the poster child for the MICC at its worst.  The corruption is front and center for anyone with a discerning mind and a desire to see the MICC’s value system for what it really is.

Andrew Cockburn* explains brilliantly in the LA Times op-ed attached below how this obscenity is now unfolding, and he shows how the Congress is showing signs of going wobbly.

Thanks to Cockburn, that poster child is in full view before Congress votes; but Congress is in need of some corset stays to stiffen its spine; it remains to be seen if propping up high cost MICC boondoggles at home is more important than fielding low-cost weapons that work in real war.
________
* Cockburn is a long time friend of mine.