The Pandemic Has Revealed America’s Zip Code Map of Inequality

It is understandably tempting to drop all the blame for America’s catastrophic response to COVID-19 on the big desk in the Oval Office. But there’s more to the story than epic incompetence, grift and delusion at the highest levels of government. The stark divide in the level of health care from testing to treatment is divided by wealth and the legacy of systemic racism. 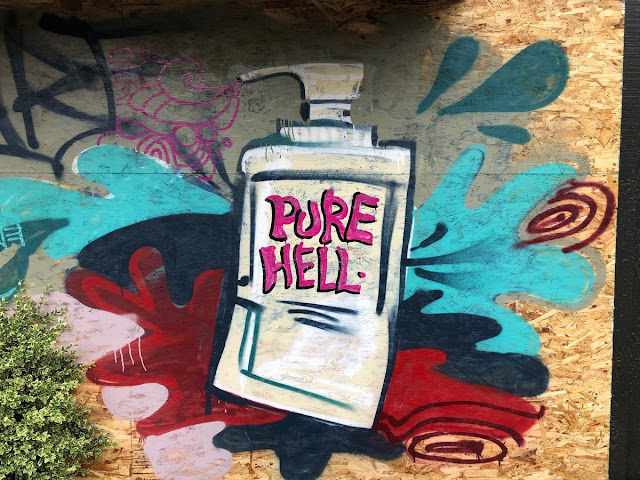 In the words of Ed Yong of the Atlantic: “Chronic underfunding of public health neutered the nation’s ability to prevent the pathogen’s spread. A bloated, inefficient health-care system left hospitals ill-prepared for the ensuing wave of sickness. Racist policies that have endured since the days of colonization and slavery left Indigenous and Black Americans especially vulnerable to COVID-19.” Yong could also add Hispanics to that list, along with virtually any person of limited economic means, regardless of race.

In the land of the free and the home of the brave, income and zip code determine everything. And this is not a new phenomenon. In a recent article in Le Monde Diplomatique, historian Thomas Frank quotes physician Dr. Michael A. Shadid, who was a longtime advocate for cooperative health care from the 1920s onward until his death. In his 1947 book, Doctors of Today and Tomorrow, Shadid made the case for socialized medicine on the grounds that “[p]oor people get sick quicker, stay sick longer, need medical aid most, get it least. Some are poor because they are sick. Others are sick because they are poor.”

Nothing has fundamentally changed since Shadid’s time. The United States continues to have the most expensive health care system in the world, yet a 2019 comparison of health indicators in the United States versus those of Organization for Economic Cooperation and Development member countries’ average reveals a system that persistently produces inferior outcomes relative to other nations (in spite of higher expenditures) and has done so for decades.

COVID-19 has both amplified and revealed these long-standing flaws, tragically reflected in its death count, but it is by no means a historical anomaly. Earlier pandemics reveal a similar pattern, suggesting a more widespread systemic problem: namely, that the high death counts relative to the rest of the world are an inescapable consequence of our for-profit, pervasively oligopolistic health care system. The problems of a for-profit health care system are exacerbated by the diversion of resources and skills into militarism, and unequal food distribution systems’ effect on diet and obesity. All of these pre-existing problems contribute to higher mortality rates, as does access to proper medical care, which is heavily circumscribed by income.

In terms of fatalities, COVID-19 now ranks as one of the most severe pandemics in modern history, according to the Centers for Disease Control and Prevention (CDC). The most deadly was the 1918 influenza pandemic: 50 million deaths globally out of a worldwide population of 1.8 billion, or 2.7 percent, while the U.S. recorded 675,000 fatalities, or 0.65 percent on a per capita basis out of a population of 103 million. The only “good” thing that can be said about the 1918 tragedy is that the United States fared relatively better than the rest of the world, by this measure.

By contrast, a notable feature of four major pandemics over the past 63 years* (the 1957-1958 H2N2 influenza virus, the 1968 H3N2 influenza virus, the 2009 H1N1 influenza virus or so-called “swine flu,” and COVID-19 today) is America’s persistent underperformance in terms of fatalities relative to the rest of the world in spite of the vastly higher sums the country devotes to health care expenditures (in both absolute terms and as a percentage of GDP). For all of the talk about American exceptionalism, the only thing “exceptional” about the U.S. health care system is this profound systemic failure.

Even more disturbing is that American fatalities are profoundly impacted by income disparities. Low-income communities and BIPOC (Black, Indigenous, and people of color) are experiencing substantially higher rates of mortality. Examining by zip code the geographic distribution of the segments of the population most likely to die from COVID-19—BIPOC, as well as people over the age of 65, and those of any age who are nursing home residents (other than those in luxury elderly care facilities)—these three overlapping segments account for most deaths. It may be that in the northern states these most vulnerable people are heavily concentrated in densely populated areas and thus are quickly exposed to infection and die relatively soon after COVID-19 starts spreading in their area. The New York experience validates that assessment.

In the southern and western states, these most vulnerable populations are more widely scattered across vast suburban and rural areas, which likely explains why the United States as a whole has experienced rolling hot spots, in which the more diffuse population centers become infected and die relatively later after the initial outbreaks of the virus that were largely experienced in heavily urbanized regions. We see this pattern manifested in a recent Arizona compilation of new cases by zip code, as AZ Family reports using analysis by CBS 5 Investigates. Arizona has been one of areas most badly affected by COVID-19 during the summer months, and the AZ Family report illustrates that the hotspots for new cases are dominated by zip codes with “large minority populations” living in areas that are rural or on the outskirts of urban centers.

Why is this significant? David Dayen of the American Prospect explains: “Rural hospitals… are in total crisis in the U.S., with 19 closures last year and 120 since 2010. As hospital networks consolidate and strive for ever-greater profits, rural hospitals that fail to bring in the necessary revenue fall away.”

In the same piece, Dayen quotes a study from Health Affairs, which reports that “49 percent of the lowest-income communities had no ICU beds… whereas only 3 percent of the highest-income communities had no ICU beds.” He highlights an extreme example of this problem, originally reported by the Houston Chronicle: the Rio Grande Valley, along the Texas-Mexico border, “home to 1.3 million residents… [with] no public hospital. Starr County is one of the only in America to have to resort to triage, choosing who to care for and who to send home to die.”

Dayen’s analysis illustrates the fundamental flaw in the system: Levels of provision are a function of profitability; they do not reflect health care priorities. Hence the lowest-income hospitals are often shut down, which means worse health care outcomes for residents in these poorly serviced areas.

The other problem in Texas is that the state historically has also featured a high concentration of undocumented (largely Hispanic) immigrants (the second-highest “unauthorized immigrant” population in the U.S., behind only California), who are being forced to work even when sick, since they are, by virtue of their undocumented status, largely excluded from any and all virus-relief economic aid and access to primary health care. As ProPublica noted: “Texas is also the largest state in the nation that refused to expand health insurance for low-income residents under the Affordable Care Act… Nearly a third of adults under 65 in Texas lack health insurance, the worst uninsured rate in the country, and more than 60% of those without health insurance in the state are Hispanic.”

Furthermore, living in crowded multigenerational settings, workers infected on the job come home and risk spreading the illness to their parents and grandparents (many of whom may also have problematic immigration status in the country and risk deportation if they seek to address their health issues). Consequently, Hispanics are now suffering some of the worst health outcomes in the U.S.

With this information in context, it’s clear the more we lay blame at Trump’s feet, the further we’re going to be from confronting that COVID-19 fits neatly into a decades-old pattern of pandemic response. American health care can literally impoverish its citizens even as it undermines their physical well-being. Breaking the pattern can only happen if Americans keep putting pressure on institutionalized racism, get serious about inequality, and flip the switch on our employer-based private health care system.

*Chuck Spinney provided research assistance on the compilation and analysis of the pandemic data. (see table)

This article was produced by Economy for All, a project of the Independent Media Institute.
Posted by Chuck Spinney at 3:01 PM